Skip to main content
Ride For Sight…..because we can

In many ways, Ride For Sight has become one of the finest brands in the motorcycling community, a charity that evokes pride and reflects the very best of Canadian motorcycling.” This fitting comment comes from Sharon Colle, National Director of The Foundation For Fighting Blindness.

What exactly is the Ride For Sight and where did it all begin? For many years, Ride For Sight has had the distinction of being Canada’s largest charity motorcycle event, as well as being a leading source of funds for vision research. The first ride was organized in 1979 by founder Jim Bentley with only a small group of motorcyclists participating. Now more than 10,000 riders take part in events annually right across the country. Funds raised for Ride For Sight bring new hope to the children and adults who are losing their vision as a result of retinal degeneration.

How it all began is perhaps best-related in Jim’s own words. Jim tells the story of a leisurely ride on a short trip from Burlington to St. Thomas, about an hour or so away. It was a pleasant spring afternoon in the early 1970’s a perfect day for a ride. Totally immersed in the enjoyment of the day, the group lost track of time. Jim’s friend Ted looked at the darkening sky and with panic in his voice said ‘I had no idea it was so late. We’ve got to get back right away”!

The realization that you can’t tell if someone has vision impairment just by looking at them was a lesson that Jim learned that day. One that obviously had a significant impact on him. His friend Jack had retinitis pigmentosa, and could not see well in the rapidly diminishing light. Jack was having difficulty seeing the road, so to help him make his way; some rode ahead of him with high beams on, while others brought up the rear to make sure he was safe. Jim never forgot that ride or the look of sheer panic and concentration on Jacks face.

Following that somewhat personal episode, it didn’t take long for a small fundraiser that Jim had been organizing for charities to evolve into a partnership with the then named RP Foundation. It was in fact the birth of what was to become Ride For Sight in 1978. The RP Foundation had only been in existence a few years, and had been put together by a handful of families who’s’ children were affected by RP. Their mandate was to fund research into the causes and development of treatments–ultimately find a cure for RP. They were very happy to accept the $8,000.00 raised by Jim and friends, and a proud tradition was born.

By 1983, The Ride For Sight had caught on in other Provinces, and by 1987 it (Ride For Sight), had become a national event. Today there are sanctioned Ride For Sight events in BC, Newfoundland & Labrador, Northern Ontario, Inuvik-North West Territories, Manitoba, Nova Scotia, Alberta and of course Central Ontario.

Over the years, the Foundation has also evolved. Years ago there were only questions, now there are answers, and researchers are optimistic that a cure will be found in our lifetime. In 2001, the Foundation changed its’ name to The Foundation For Fighting Blindness, to better reflect the increased knowledge, and the commitment in funding research to find a cure for all degenerative eye disease.

Over the past 27 years thousands of motorcycle riders and friends from all across Canada have raised over $13 million for the Foundation For Fighting Blindness. 2006 will see a continuation of this proud tradition, as once again the Canadian community of motorcyclists and friends from coast to coast, come together in a common effort of supporting this worthy initiative.

Founder Jim Bentley, the man who started it all, remains very active with the Foundation For Fighting Blindness and Ride For Sight. Jim is modest about his enormous contributions to and for Ride For Sight, and readily credits his friends and all the volunteers and riders through the years who have worked so hard to ensure Rides success. He volunteers every year and vows to continue to do so until a cure is found. The slogan of “Ride For Sight…..because we can” — is more powerful today than ever before. 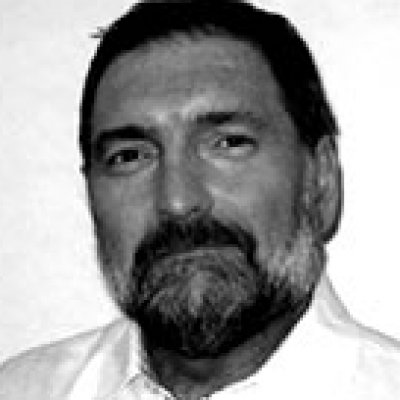 Jim Bentley
Inducted in:
2006
Inducted as a:
Contributor