Skip to main content
71 active years of achievements and contributions

Calgary, Alberta native Walt Healy was actively involved in motorcycling for over 71 years and achieved a great deal. He was an accomplished competitor, and a long time motorcycle dealer. Walt’s’ lifelong involvement in motorcycling began when he had his own delivery service in 1929-30, using a Henderson four motorcycle with a sidecar attached. Needing to buy a better machine, he went to the local motorcycle dealer to order a new Indian 45 and sidecar. The dealer apparently said to Walt, “If you can afford to buy a new Indian and sidecar, why don’t you become the dealer yourself, I sure can’t afford it”! This was not something Walter had planned on, however as fate would have it, it proved to be his destiny. Walt took the man at his word, and went ahead and purchased the machine from the Indian Motor Company, and with that, in 1931 his dealership was basically established. Walt Healy Motorcycles is still in business today, and celebrating it’s 75th Anniversary in 2006.

Over the years, Walt Healy was either organizing, being actively involved in, and or contributed to many organizations connected with motorcycles; and in general being a great ambassador promoting motorcycling in western Canada. From the late 1930’s to the early 1950’s Walt competed very successfully in Hill Climbs and dirt tracks in western Canada, and the north western United States (in those days’ motorcycle hill climbing was very popular and drew huge crowds, the likes of which we would be more than happy to see today).

Walt had the distinction of being the first Albertan rider to earn an AMA number in both Hill Climbs and dirt track. Showing his skill and versatility in riding just about anything in any situation, Walt recorded a top ten finish on Daytona Beach, in the 1940’s, when it was run on the beach course. Regrettably, through an unfortunate chain of circumstances most of Walters’s records and archival materials have been lost, however, it is widely acknowledged that Walt Healy essentially dominated and “owned” the Hill Climbs and flat tracks in the west at that time usually winning the greater percentage of them.

Over time, at his dealership, the Indian brand gave way to the British machines and Walter went on to carry the Ariel, Matchless, Triumph, and BSA machines. In the 1960’s with the arrival of the Japanese motorcycles, (a direct link to the Deeley family) Walt was instrumental in founding the “Learn to Ride” programs and set up a riding school with the Calgary Safety Council–a program still operating today.

During the 1970’s Walter helped establish the Canadian Motorcycle Dealers Association or CMDA, and began lobbying the Alberta Apprenticeship Board to recognize motorcycle mechanics as a legitimate trade. In 1986, after 14 years of persistence, predominantly on Walters’ part, Alberta finally established the Motorcycle Mechanics Apprenticeship Program and fittingly, Walter was awarded the first Journeyman Certificate in that Province.

In later years Walt organized several “charity rides” a tradition which are carried on today at Walt Healy Motorcycles with their annual Toy Runs and the Kids Cancer Care Foundation “Ride For Life”.

Following his semi-retirement in 1985 Walt took to the road, and over the 17 years that followed, amassed over 1 million kilometres on a total of four Yamaha Ventures. He rode as far north in North America as the highways went, and as far south as Panama. He rode the Four Corners Rally – ‘The Rally in The Rockies”, and the Three Flags (Canada / USA / Mexico) Rally a total of seven times! He covered 49 States, all ten Provinces and the Canadian Territories. To celebrate his 75th birthday Walt shipped his bike to Australia and rode around the entire continent. He capped this off by riding the highway that runs through the centre of this massive country, from coast to coast. All this at age 75!

For all his accomplishments, as a competitor and rider, his success as a long time dealer and businessman, and friend to motorcycling in general, Walt Healy unquestionably earned the respect and admiration of the motorcycling community in Canada and beyond. He dedicated his life to his passion of motorcycling, he excelled at what he did, and gave back as much if not more than he took from it. The impact of his contributions will be felt for many years. Walt Healy will long be remembered for who he was, and what he did in and for motorcycling in Canada. 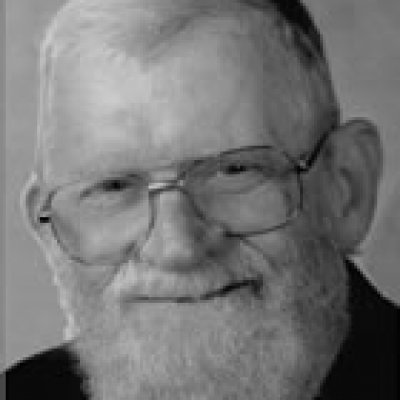 Walt Healy
Inducted in:
2006
Inducted as a:
Competitor & Contributor
Walt Healy passed away in 2001.