A fiercely competitive spirit has distinguished Gary McKinnon’s road racing career that now extends 46 seasons. With his eyes set on the half-century mark, Gary continues his winning ways at Atlantic Motorsport Park on a wide variety of machinery that spans the period from vintage to modern.

Gary and his twin brother, Glen grew up around their home town of Truro, Nova Scotia and

in the summer of 1964 they got there first ride on a motorbike and were hooked. In 1970 they heard about motorcycle racing at the military airport in Debert.

“I knew right away this was something I was going to be a part of,” says Gary. ”Shortly after I purchased a 1966 Ducati 250 from my friend, Chris Webb. His father, Jim Webb, was one of the most respected tuners in Nova Scotia. He taught me a lot about bike prep and coached me through the first season of racing.”

“The following spring, I entered my first race on the Ducati and had high hopes of doing well. I did finish fifth and thought if I didn’t use my brakes as much, I could go faster. I ended up crashing. The third race I figured if I hit the brakes later and held it wide open longer, that might work. It did, until it blew up. I learned three important things that weekend. One, to finish first, you have to finish. Two, if you are not crashing once in a while you are not pushing hard enough. Three, if you are blowing up engines then your prep needs more attention.”

“I was hooked on racing and already had a problem: I needed a bike. My late great friend Rick Hudson obtained a new 500 Kawasaki H-1 demo for me to race for the rest of 1971. It was a great first season and after my second race weekend I was bumped up to the Expert class and earned Rookie of the Year award.”

“I was looking forward to the 1972 season but a problem arose; my sponsor closed his doors and I was out of a job.” F. Manley and Sons in Toronto offered a new 750cc H-2 triple to use and I won my first race at the regionals in May and was leading the second race but with all the excitement, forgot to fuel the bike. That mistake cost me the Maritime championship by one point but a hard lesson had been learned.”

As Gary says, it’s impossible to put 46 seasons into a few pages, but the lessons of his first two are instructive. The harder you work, the better you get, and Gary dug deep to build on his winning debut. He and his friends made the long drive to Mosport to race the 24 hour event in 72, survived crashes and malfunctions, raced non-stop in the 24-hour event and drove back to Nova Scotia in his ’66 Chevy. “That was an endurance weekend.” Relations were close with the crowd on the U.S. east coast and Gary and his friends also made the trek to Loudon, N.H, in 1972 coming back with a load of trophies and a bit of cash to offset their expenses.

Maritime racing took a big step forward in 1974 with the opening of Atlantic Motorsport Park and Gary won the first race ever held at the AMP track. A great many volunteers were involved including Gary and the Truro gang since the beginning. He also mentored two national road race champions, John Ramsay and Don Munroe.

Gary won the Maritime Championship in 1975, 1976 and 1984. Running a Pro Cycle 500 Honda, he had a year long battle with John Ramsey and ended 1984 with 41 podiums and the championship. By 1990, Gary was racing Vintage full time and between himself and brother Glen, won heavyweight class 11 times at AMP but his favourite part was meeting new and old racers. In 1997, Gary rode a few laps on Don Emde’s 350 Yamaha that won Daytona and the following year, got to ride Gary Nixon’s KR750 and later meeting Nixon at Indy was a highlight, and his reason for wearing #9.

He has set lap records over the years, and currently has added two more to the list. He won the Masters’ Championship in New Hampshire, won the Canadian vintage Heavyweight class in 1999 on his Kawasaki 750 H2, finished 3rd in the Gunstock Revival, and had a chance to meet all the great racers from that era.

With his energy, commitment and sheer riding talent, Gary McKinnon shows no sign of slowing down after almost half a century at the front of the pack. 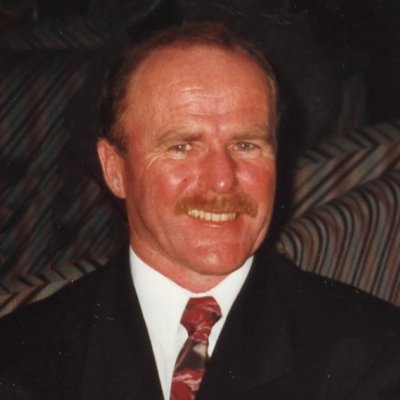 Gary McKinnon
Inducted in:
2016
Inducted as a:
Competitor