Greg is a professional writer living in Calgary, Alberta. His main area of interest is automotive and motorcycle journalism. His work is featured in numerous motorcycle publications, where readers enjoy Greg’s enthusiastic and technical descriptions.

Earlier in his career Greg drove new vehicles and produced reviews that appeared in the Calgary Herald’s Driving section and a luxury auto column in Calgary, Inc. magazine. A motorcycle accident in 2004 brought his test driving days to an end, and Greg is now reliant on a high-end titanium wheelchair. Thankfully, that incident failed to dampen Greg’s love for the history and romance of motorcycling.

Greg is a prolific writer with his weekly On the Road column appearing in the Calgary Herald’s Driving section. For a decade, he penned a monthly column for Inside Motorcycles called Western Perspectives.

Greg also dissects pieces of vintage motorcycle literature and summarizes them in Pulp Non-Fiction, a column in Antique Motorcycle Magazine.

Greg’s work has been recognized with two MAX Awards for motorcycle journalism:

Greg is an avid enthusiast of vintage British motorcycles. He has personally restored a 1946 Velocette MAC 350 and is the proud owner of Bernie Nicholson’s original and unrestored 1939 Triumph Speed Twin which still wears the patina from the years Bernie rode the machine.

Greg has traversed North America collecting and documenting vintage motorcycle events. Some of these stories have appeared in a variety of industry publications such as The Classic Motor Cycle, Walneck’s Classic Cycle Trader, Motorcycle Cruiser, Canadian Biker and Motorsport Dealer and Trade.

Greg looks forward to providing his readers many more engaging and informative columns. 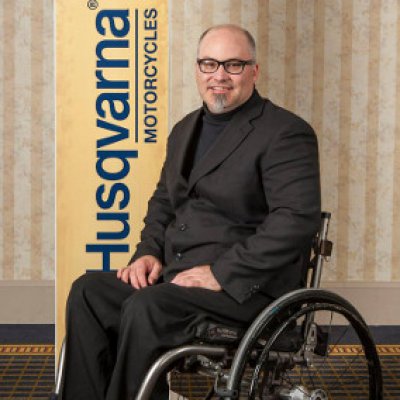