Jim Robinson epitomized that group of motorcycle dealer principals from across the country who, in their own way, played such a vital role in fostering the growth of motorcycling in Canada. Jim’s story encompasses five decades of motorcycling activity and represents important chapters in our rich heritage.

Born on the family farm in 1933 in Wheatley, Ontario, Jim developed a passion for motorcycles at an early age. At 14 he brought home his first motorcycle, a 1942 Indian army model, as a basket case for a $275 investment. Jim completed the project and rode it for three years, but although now “running like a champ” the Indian was trouble prone so he sold it for $35. Not an auspicious start for a future dealer! He replaced the Indian with a 1947 H-D 61 knucklehead, which in his opinion was a fantastically better bike. With these early transactions Jim had unknowingly planted the seeds for what was to become his, and later the whole Robinson family’s, lifetime career in motorcycles.

In 1954, Jim married his lifetime partner, Bev (Jones), from nearby Leamington, and a year later he started racing. Love of competition stayed with Jim throughout his life. Racing in both CMA events in Canada and AMA in the U.S., Jim proved competent in several racing disciplines including, scrambling (now known as motocross), ice racing, hill climbing, road racing and dirt track. Capturing his fair share of victories and numerous trophies along the way, his high points would be an Ontario expert scrambles championship in 1959, and an Ontario senior dirt track championship in 1976. He died doing what he loved to do, practising on his beloved Leamington half-mile track, not as a result of an accident but because of heart failure.

Jim was a founding member of the Erie Ramblers Motorcycle Club. The club was started in 1954 when Jim, Lewis Jones, (Bev Robinson’s brother), and a small group got together to form the club. This year marks the 53rd anniversary for the Erie Ramblers MC. In 1959 the club organized  the first half-mile dirt track at the Leamington fairgrounds, a tradition that continues to this day. And, while it started with relatively humble beginnings, the Leamington half-mile in subsequent years grew to become a major event. It has had CMA national championship status for many years.  Jim and Robinson Motorcycles took on the role of primary promoters and sponsors of the event and it became known as the Robinson Leamington National.

It was at these events that Jim demonstrated his daredevil exploits by crashing through flaming boards and ramps and other promotional schemes. Anything to entertain the fans! The famed Motor Maids in their traditional uniform dress also made guest appearances at the Robinson Leamington half-mile, contributing to the colour and flair of these popular races. As ambassadors for motorcycling, Robinson Motorcycles has also sponsored local baseball and soccer teams. Jim also once rode his bicycle on a charity run from Wheatley to Niagara Falls and back, collecting $7,500 in pledges for a new church organ.

The Robinson Motorcycles dealership began in 1958 as an offshoot of his racing efforts when Jim took on an AJS franchise from the late Harry Firth, basically as a convenient way to get parts for his race bikes. Obtaining a motorcycle franchise in those days required little more than ordering one or two bikes, and a few parts and tools. Distributors were very appreciative of the business! Such a minimal commitment was typical of the times and more than one motorcycle dealership started at this level. It wasn’t long before the Robinson garage was selling Norton, Matchless and AJS motorcycles. In the early ’60s, Jim and Bev had the foresight to see that the Japanese were making good motorcycles and offered growth potential. With a significantly greater investment, Robinsons became one of the earliest Honda dealerships in Ontario. Over the nearly 50 years in the motorcycle business, Robinsons have sold such brands as the aforementioned Norton, AJS and Matchless, and also Triumph, BSA, BMW, Maico, Honda, Yamaha, Suzuki, Kawasaki and Harley-Davidson.

A major threat to the survival of Robinson Motorcycles came with the opening of the new Hwy 401 in the Toronto–Windsor corridor. Until that time, Hwy 3 on which Robinsons was located had been a main artery through the southwestern Ontario agricultural area. Now, much of the traffic would inevitably bypass the shop, dealing a potentially devastating blow. However, their loyal customer base continued to make their way to the quiet community of Wheatley and Robinson Motorcycles in ever-increasing numbers. This half-century of loyalty is a testimonial to the man and his family. Hundreds, and probably thousands, of motorcyclists have learned to ride through the Jim Robinson connection, reaching into the second and third generation of customers. It goes without saying that all of the Robinson family are competent riders!

Jim Robinson was a multi-talented individual. He was among other things, a licensed mechanic who could fix just about anything with an internal combustion engine and he was an accomplished pilot. New Robinson customers routinely got complimentary flights right off the farm landing strip, (on one particular day, about 120 customers, three at a time), in Jim’s Cessna 172 Skyhawk! He was, along with son Randy, an oil and gas entrepreneur…another story in its own right!

A completely unassuming man of boundless energy and enthusiasm, with a big grin and magnetic personality, Jim Robinson in his own way created a motorcycling dynasty. Jim’s contribution is typical of the stuff that makes our motorcycling heritage the rich legacy we enjoy today 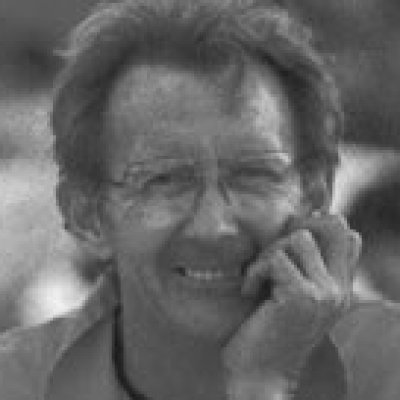 Jim Robinson
Inducted in:
2007
Inducted as a:
Competitor & Contributor
Jim Robinson passed away in 2003.