Marc St-Laurent  is a man noted by his peers for his “enormous, decisive and exceptional contribution to motorcycling”.  During a tumultuous period in the history of the Fédération motocycliste du Québec, his outstanding leadership helped to make the FMQ the respected organization it is today.

Born in 1940 in Montreal, he was the eldest of six children. The many hardships he experienced while growing up gave him a strength that would serve him well in the future. During his youth, Marc and two of his friends invested in joint ownership of his first motorcycle. The hardest part was scheduling riding time among its three owners!

His brief acquaintance was not renewed until much later, when he and his son made a trip to Europe in 1984. Encounters with several groups of European touring riders rekindled his passion for motorcycling. Before the trip ended, Marc announced that he would buy another motorcycle and he soon became the proud owner of a Honda 650. From the beginning, he became involved in motorcycle groups affiliated with the FMQ.

During the late 1980s and early ’90s, motorcycling in Quebec went through many changes. Motorcycles themselves evolved dramatically, a wider variety of models and types became available and many more people could afford them. Motorcycle organizations of the time failed to keep pace with this transformation, believing that it was up to the rapidly growing number of riders to adapt to established structures. The fallout was predictable: a decline in membership and a proportional drop in revenue, the demise of some clubs and the rise of new factions hoping to provide ways for riders to have a voice and get involved in the future of motorcycling in Quebec.

At the FMQ’s annual general meeting in 1994, a rider from Trois-Rivières took the microphone and announced that he was running for president of the FMQ. His speech was remarkably short and clear: “I am running for president so that those who want to work and get involved actively in the development of the Fédération motocycliste du Québec may do so in peace and without constraint, for the good of motorcycling in Québec.” It was during the darkest days of the FMQ and the speaker was Marc St-Laurent.  The fate of the organization clearly depended on the unity of its participants rather than on some saviour, regardless of his personality. Other candidates for the presidency opted instead to assume the other vacant positions, and Marc assembled a team to implement much-needed changes.

The organization was facing bankruptcy, and did not have sufficient funds to keep its salaried employees or meet its financial obligations. Even before the annual general meeting, he announced that he would take early retirement in order to be free to work for the maintenance and growth of the FMQ. He would replace, almost single-handedly, the salaried employees who could no longer be afforded. He did so practically full-time, with no compensation whatsoever – no expense account for travel, food or accommodation. And even though he lived more than 100 kilometres from the FMQ’s head office, he commuted at least four or five days a week.

Marc’s accomplishments are too numerous to list, but here are a few that stand out:

He was one of the founding members of the Alliance motocycliste métropolitaine, which  brought together all the motorcycle organizations of Montreal and the surrounding area in order to help strengthen relationships and improve co-operation.

He prompted the FMQ’s council in the Mauricie region to restructure itself and resume an active role in organized motorcycling.

He was a founding member and a long-time administrator of one of the most active associations in the FMQ – Association motocycliste Radisson.

Over the years, he was involved in a number of humanitarian causes and worked hard to overcome the public’s negative image of motorcyclists.

He and his team that brought back the magazine Moto-Nouvelles before turning it into the current Motocycliste magazine, and it was also through his initiative that the internal newsletter of the FMQ was created. He wrote relatively little under his own name, but did extensive rewriting for numerous others who weren’t as comfortable with writing as he was.

He worked for years with great determination to help set up an organization to defend and promote the rights of motorcycle riders. These efforts led to the creation of the Comité d’action politique, and he became the first life supporter of the CAPM.

He co-authored and presented the FMQ’s first submission concerning motorcycle safety  for the parliamentary commission.

As President of the FMQ, he met on countless occasions with government ministers and officials of the automobile insurance board, and was involved with many other governing bodies.

Thanks to the changes brought forth under his guidance, FMQ membership rose for the first time above 10,000 riders.

Marc St-Laurent has been one of the most outstanding figures in organized motorcycling in Quebec. This idealistic and passionate rider showed remarkable leadership, supporting his words with action – often on a full-time basis, always as a volunteer – never seeking honours for himself. 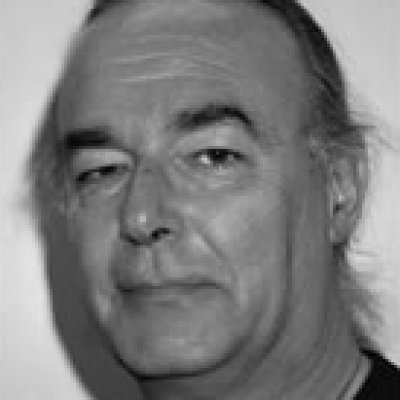