Mike (now Michelle) Duff is a renowned road racer who has won respect and admiration not only in Canada and the USA, but around the world for accomplishments on the world stage of motorcycle racing. In fact, Michelle has spent the best part of this summer flying back and forth, five times in all, to the U.K. and Europe as a celebrity guest rider. She was invited by the Yamaha factory and by Ferry Brouwer, managing director of Arai Helmets Europe, to take part in a series of grand prix rider reunions and celebrations.

The major event of the season was the historic 100th anniversary of the Isle of Man TT races. This in itself is a remarkable badge of recognition, since invitations to do laps of honour on this momentous occasion were reserved only for the best-known TT riders from around the world. On her trips, Michelle also rode at the famous Dutch TT circuit in Assen, Holland, Spa Francorchamps in Belgium, Salzburgring in Austria, and the Sachsenring and Schotten circuits in Germany.

On these outings, Michelle was entrusted with priceless Yamaha factory 125 and 250 cc race machines brought from Japan for the occasion, as well as Ferry Brouwer’s personal Yamaha Classic Racing Team GP Yamahas. In the 1960s, the name Mike Duff in Holland had Wayne Gretzky-like status, given that he was a world class rider from Canada. The high esteem that Dutch people hold for Canadians was a result of our soldiers’ contributions to the liberation of Holland in the Second World War.

Mike Duff at the height of his career competed against the likes of Mike Hailwood, Giacomo Agostini, Jim Redman, Phil Read, Bill Ivy, Ralph Bryans and a host of other current and future world champions and top privateers. This was all in the 1960s, an era that is often referred to as the golden era of grand prix motorcycle racing. In those days road racing was held mainly on public roads closed off especially for the purpose. It was not uncommon to see massive crowds at the continental GP races; for example 300,000 at Sachsenring in East Germany, and a record 450,000 paid attendance at the Czech Grand Prix in Bruno in 1965. These were not short closed circuits, but challenging open road courses many miles in length that meandered through towns, villages and countryside.

Motorcycles entered Mike’s world age 13, with unauthorized rides on brother Stuart’s 1949 250 cc BSA. Mike had bragged to school friends, “I can ride a motorcycle”, but he had neglected to elaborate that it was as a passenger! Now, to save face, he had to prove it! These rides started, conveniently when brother and parents were absent, with trips up and down the driveway of his Lawrence Ave. home in Toronto. They boldly expanded to exploratory trips around the block until he was spotted by mom and dad. At that point the test rides abruptly ended, accompanied by unpleasant consequences!

However, the seed had been planted, and very soon Mike bought a 500 cc Triumph Tiger. At age 15 he convinced his parents to sign a consent form for a competition license, and in the spring of 1955, he began a racing career that was to last some 15 years, eight of which were on the grand prix circuits of Europe, referred to then as the European continental circus. And what a career it was!

Mike’s first race was in May, 1955 on his Triumph which he rode to a seventh-place finish at the old Edenvale airport circuit near Stayner, Ont. In September of that year, again riding the Triumph, he would realize his first ever podium with a second place. There would be many more podium finishes in the years to follow, but at that point it was unlikely Mike would imagine the heights to which he would rise!

In 1957 he would replace the Triumph with a Manx Norton, a phenomenal racing motorcycle at the time, and go on to a number of victories at local tracks in Ontario. In 1960 Mike made his first overseas foray. He shipped the Manx to England and rode it in a number of short circuit meetings and the Isle of Man TT. A crash at Oulton Park in August prematurely ended his first season in England and he returned to Canada. Mike picked up two season-ending races at home, one at Harewood Acres in Ontario and the other at St-Eugene, Quebec, winning both events.

Prior to returning to England in March of 1961, Mike rode Daytona on the Norton, finishing 10th. He had now acquired a new G50 Matchless 500 to replace the Norton and a 350 cc AJS 7R. These two new machines put him on more equal footing with his competitors, and successes began to come his way. That year he was to finish 15th in the 350 Junior TT, and 14th in the Senior TT races in the Isle of Man, picking up his first two silver replicas. A few weeks later he would record a remarkable fourth place finish at the ultra-fast Belgian GP at Spa Francorchamps. His first major success came in September with a win at Tampere, Finland on the 500 Matchless, and he would follow this with a first on the 350 AJS at Turku, also in Finland.

From this point forward Mike would accumulate a very impressive roster of top 10, and many top three, finishes on the highly competitive short circuits in England, such as Brands Hatch, Mallory Park, Oulton Park and Snetterton. He also would do exceptionally well on the Isle of Man and on the grand prix circuits of Europe.

While none of them could be classified as minor victories, given the calibre of competition he was riding against, here are a few of his more notable achievements. Mike was the first North American and only Canadian to win a world championship grand prix, of which he won three: the 250 Belgian GP in 1964, with lap and race records, the 125 Dutch TT in 1965 and the 250 Finnish GP, also in 1965.

He earned second-place finishes in the 350 cc Ulster GP in 1964, the 250 cc Italian GP in 1964, with lap record, the Isle of Man 250 TT in 1965, the Czechoslovakian 250 GP also in 1965 along with another lap record, the U.S. GP 250 cc class in 1965 and the German GP 250 cc class at Nürburgring again in 1965. In 1964 he was the 350 cc British champion, and in 1965, the 250 cc British champion. Mike set an absolute track record for both bikes and cars at the Elaintarhanjo track in Helsinki, Finland. He also held the track record at Harewood Acres near Jarvis, Ontario. Incidentally, he was also the 250 and 500 Eastern Canadian champion in 1968. Winning the British Empire Motor Club’s prestigious Kaye Don Trophy was yet another accomplishment in that era.

Michelle Duff is a published author having written two books, “Make Haste Slowly”, her personal biography and inside look at grand prix motorcycle racing in Europe in the ’60s, and “Serial Number 6218”, a children’s book. She has several more manuscripts waiting to be published, and is working on others. Michelle also writes for Cycle Canada magazine, Motorcycle Mojo magazine and Classic Racer, and has written three articles this year for the Toronto Star. She also has a long-standing interest in wildlife photography.

Michelle was inducted into the Canadian MotorSPORT Hall of Fame in 1994. 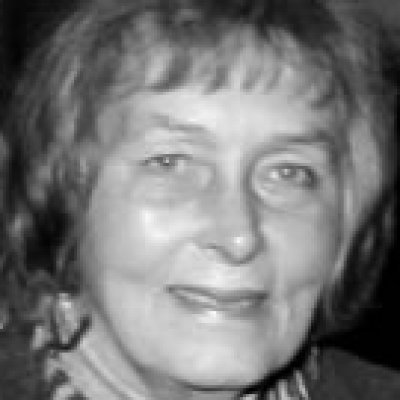 (Mike) Michelle Duff
Inducted in:
2007
Inducted as a:
Competitor