Skip to main content
The King of the Dump

Bill McLean was known to his great many friends as the man who did it all: motorcycle racer, national champion, motocross instructor, race team manager, product planner, No. 1 retailer, sponsor and family man. Along the way he had other nicknames like King of the Dump, Mr. Yamaha and Billy Boy, but was always the man at the peak of a pyramid of friends.

Learning to ride a motorcycle at age 16 in the local landfill near his home in Burnaby, B.C., he soon showed the spark that led to his later success and gained the title King of the Dump. Three years later Bill had his motocross competition licence and won his first race in 1972 at Aldergrove’s Stampeder Park. He moved from junior to senior to expert rank in his first season. In 1973 he was hired by Yamaha Motor Canada for its motocross team and became national champion in the 125 cc expert class.

After this flying start Bill was in top form for 1974, winning the B.C. provincial championship, the CMA’s White Memorial Trophy and second place overall (as well as top Canadian) in the national championship. Next year, though, brought disaster in the form of a broken leg at the beginning of the season.

After a long recovery, Bill set his sights on the European motocross scene in 1977. He moved to Amsterdam and lived out of his van while dealing with all the challenges of racing so far from home. Most of his finishes were in the top 10, with his best being a third place in Austria. It was a beneficial experience for Bill, as when he raced again in Canada in 1978 he won 16 consecutive motos in B.C. as well as the open expert Canadian championship. That season also gave Bill a chance to contribute his skills to the sport as instructor in a series of Yamaha-sponsored five-day motocross schools held across Canada.

Bill retired from racing at the end of the season and moved on to become Yamaha’s motocross team manager, with the responsibility of coaching 10 young riders from across the country. It made big demands on his motivational and organizational skills, and Bill had to be on top of his game.

Bill and his wife Jan then moved east to Toronto as Bill took on another role in Yamaha’s head office as product manager. For two years he was responsible for researching market trends and advising management on development of new models. Soon, though, with a young family of twins they decided to move back west and Bill worked as Yamaha’s western region marketing manager until 1983. That was the year Bill and his new business partner Thom Tyre were granted a franchise to open their Pacific Yamaha dealership in Richmond, B.C. It was a bold move but it paid off, with numerous awards for sales and overall dealership performance as well as a loyal clientele. After 10 years they added the BMW brand as well as Yamaha ATVs and watercraft.

Passion for racing was never far from the surface, and from a pack of RZ Cup road racers they picked out a fierce young competitor named Steve Crevier. They sponsored him on the ex-Rueben McMurter FZ750 superbike and the highlight was Steve rewarding Pacific Yamaha with wins in the 250, 600 and superbike classes all in one year. Next came a step back into motocross, with the most notable success being Brad Hagseth winning back to back 125 cc championships for the Pacific Yamaha team.

Bill’s children Brad and Lindsay, born in 1981, both showed a keen interest in horsepower, with Brad pursuing motocross to the pro level and Lindsay adopting equestrian pursuits, gaining gold medals in show jumping.

When Bill was 40 he was diagnosed with a rare blood disorder that, with the aid of medication, he was able to manage for the next 10 years. By 2004, though, it had advanced into cancer and he underwent a bone marrow transplant the next year. Despite his determined spirit and an intensive medical treatment program over the next three years, he could not win the last battle and passed away April 7, 2008. He left a legion of friends who marvelled at his legacy of achievement. 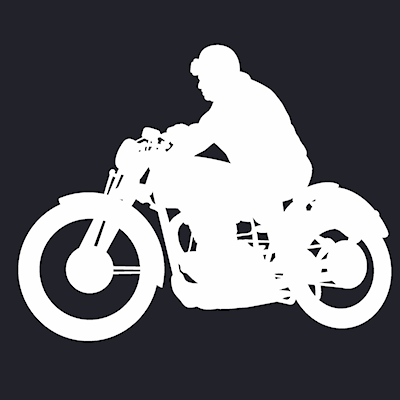 Bill McLean
Inducted in:
2010
Inducted as a:
Contributor
Bill McLean passed away in 2008.