An extraordinary dedication to motorcycling was the legacy of the long lifetime of Ed Hawkes, who died in 2007 at the age of 92. Although he was not a competitor himself, he devoted endless hours to providing organization and leadership in many aspects of the sport that benefited all participants. His readiness to help others exemplified the spirit of volunteerism that is at the heart of motorcycling activity in Canada.

Hawkes was born in 1914, just weeks after the beginning of the First World War. After completing his education he bought his first motorcycle in 1937. Hawkes enjoyed the social aspects of club life and soon joined the Montreal Motorcycle Club, eventually becoming a board member in 1946. He dabbled in night trials that were navigation and timekeeping events held on public roads, but after sampling observed trials he decided to leave riding in competitive events to others. He bought a new Indian Chief from Charles Gref Sr. in 1947 and switched his allegiance to the racing-oriented Sports Motor Cycle Club in 1949. From then on, he was enthusiastically involved in the club’s management for the next 30 years. Hawkes and the Indian remained partners for life.

His intellect and personality were oriented toward the challenge of organizing events rather than leading a race. It was no less an achievement, and an essential service to the sport. Hawkes had a mind for organization and precision, in both motorcycling and in his long career with Northern Electric, starting on its first computer projects in 1951.

In the early 1950s there was no dedicated road race circuit nearby until Hawkes negotiated with the federal government for use of the former wartime airport at St. Eugene, near Ottawa, for motorcycle road racing at a fee of $1. He later helped ensure the successful operation of road races at Mt. Tremblant as well as trials and scrambles events in the Montreal area over many years.

He served SMCC as president and treasurer at various times, as well as positions with the Canadian Motorcycle Association at the regional and national levels. He was CMA national president in 1954, ’57 and ’58, and in 1976 he was given the CMA’s Award of Merit. The award acknowledged his “more than 20 years of dedication to the CMA with special recognition of his efforts in bringing the B.C. Region into the CMA and assistance in establishing the American Motorcycle Association with the FIM.”

He was later appointed honorary president of the CMA and he became a founding member and treasurer of the Montreal section of the Canadian Vintage Motorcycle Group. In the words of his long-time friend Gerry Marshall, Hawkes “was comfortable and capable either counting beans or steering the ship.” 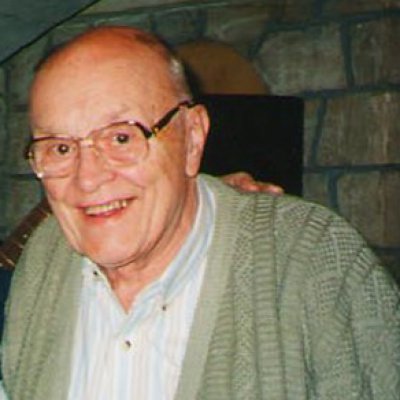 Ed Hawkes
Inducted in:
2012
Inducted as a:
Contributor
Historical Inductee