Early in the 20th Century, the sport of motorcycling was a thrilling pastime and the 40 founding members of the MMC were soon hosting social rides and endurance events. The first official run was held April 21st, 1911 followed by weekends of family rides, parades and races. Their first 50 mile reliability run was held Sept 1911 and attracted sponsorship from several manufacturers looking to prove their machines.

A World Record for 100 miles on a flat track was set on Oct, 1911 by “Wild” Joe Baribeau one of the MMC founding members and Canadian Hall of Fame Historic Inductee. That achievement brought attention to Winnipeg and a position for Joe with the Hendee (Indian) Manufacturing Co. in Springfield, Illinois, transferring to their Toronto plant in December, 1912. Indian Motocycles sponsored Joe’s return to Winnipeg in 1914 to defend his world record when the MMC hosted the Canadian National TT Championship. Excelsior Motorcycles of Chicago sent two professional riders and sponsored a local boy, “Wild Bill” Pelham while Indian also sponsored Canadian Hall of Fame Historic Inductee, Harold Cole of Ontario and American, Ernie McIntosh. The City of Winnipeg declared a public holiday during that meet.

With the onset of World War II the use of motorcycles became important for the movement of dispatches. The Canadian Army needed skilled riders so the members of Manitoba Motorcycle Club stepped up and offered their services as instructors. Considered “experts in rough field riding” the club members were pivotal in aiding the army to develop its motorcycle corps.

For many years, the MMC managed every aspect of the sport of motorcycling in Manitoba including social events, touring and competitions of all descriptions. There were also precision Drill Teams and thrill shows with motorcycle jumping and flaming wall crashes to entertain the crowds at exhibitions and other sporting events. Dates of the clubs activities were regularly reported in the Winnipeg Tribune and Manitoba Free Press as well as acknowledgment of the winning contestants.

Throughout its history the club has maintained a tradition of public service and participation in community and charitable events. During the 1970’s and 80’s toy runs became a popular way for the MMC to help children in need and promote a positive image of motorcyclists. During the 1990’s a safety awareness run was added to the calendar of events to kick off National Motorcycle Safety Awareness month in Manitoba.

It is clear that the MMC’s early legacy in the community was through its decades of promoting race events. For over 70 years the club has hosted dirt track, ice races, hillclimbs and motocross and show cased the skills of riders throughout Manitoba. There have been several world class and national caliber MMC members. World Flat track record holder Joe Baribeau;  Paul Germain, a Canadian Flat track Champion with over a dozen AHRMA National Championships, 2 AMA National Championships and 3 World Championships in Vintage Road Racing and counting; also Kim Houde, a Provincial Champion with a 125cc Canadian Championship and the 2006 over 50 World Vet Championship in Motocross. These riders and others have proudly represented Canadian and Manitoba’s motorcycle racing throughout North America.

In 2010 the MMC amalgamated with the Antique Motorcycle Club of Manitoba. While retaining its heritage the MMC now boasts a new crest, over 100 members and a new vision for the next 100 years of motorcycle riding in Manitoba. 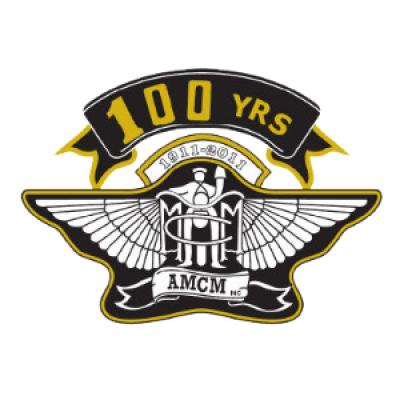 Manitoba Motorcycle Club
Inducted in:
2014
Inducted as a:
Contributor » Club