It started in 1962, when as a shy high school student, he would watch the tough guys with their hot rods and motorcycles. One of them would do these amazing block-long wheelies on his Triumph, all daring and skill. Wally went out and bought a BSA and a black leather jacket.

By 1974, he was getting tired of having his driver’s licence always on the edge of suspension. He was a member of the Greater Vancouver Motorcycle Club and having seen a few off-road events, figured the dirt was a better place to ride. He traded the Triumph chopper for a faded red Bultaco and thus began 33 years of amateur off-road competition.

Wally soon built a reputation as a budget racer, with worn out knobbies and brakes shimmed to the limit, with a never-say-die attitude. He always seemed up for a dare, no matter the outcome. He always had a grin and a good story to share around the campfire. Among his boxes of trophies, one of his favourites was the 1991 Vet B Championship, in the Pacific North West Motorcycle Associations Off-Road series.

The up-beat and humorous articles which appeared in various magazines caused Wally to become well known in biking circles.

Wally put on his first organized event, the GVMC’s Spring Enduro, in 1978 and continued to help organize one or two events every year. Securing land access was an even more difficult task, one he took to heart. His work with government officials, landowners and other user groups to promote dirt biking all over BC was recognized in 1985 with a certificate from the BC Motorcycle Federation.

In 1984, Wally and Peter Sigfredson set up the PNWMA off-road series with 5 events. Wally organized two and worked a third, the PN Benefit Run. The cash flow generated by this series, which has grown to over 20 events, cancelled the need for further benefit runs. Wally was secretary and sometimes Treasurer for the PNWMA from 1987 to 2002.

His contributions to the sport, including his work regarding land access, were recognized in 1998 when he was inducted into PNWMA Hall of Fame. As well as a plaque, he was presented with a 7 foot high sculpture made of motorcycle parts, which he said, “blew me away.”

When the BC Motorcycle Federation disbanded, the BC Coalition of Motorcyclists became the official voice to government on off-road issues with Wally serving as liaison throughout the 1990’s. Dirt bike issues switched with the creation of the BC Off-Road Motorcycle Association in 2007 and its full time paid Executive Director. Wally became the GVMC representative and took on the task of newsletter editor in 2012. In 2013 he became the Treasurer and bookkeeper as well.

One crowning achievement of all those years was securing the Chipmunk Creek riding area with the GVMC as stewards. In 1987, Bob Carey of the GVMC was instrumental in having this section of steep terrain near Chilliwack BC recognized as a riding area, complete with Ministry of Forests campsite. For the next 25 years, it was home to the classic Piston Run Hare Scrambles, which Wally helped organize for 20 of those years. He also dealt with MOF requirements and First Nation concerns. A second campsite was completed in 2010. In 2012, he finally reached agreement with First Nations on a staging area site and submitted a proposal to Trails and Recreation. The proposal was accepted and the staging area built. Chipmunk Creek, as a motorized riding area now has family friendly facilities and is firmly anchored for the next generation of riders.

Wally continued to promote the sport through his journalism and books. The enthusiasm for riding, the off-beat humour and the tales of wild adventure would become the hallmarks of his writing. In 1977, Wally released Dirt Bike Chronicles, a collection of his best articles with 3 added short stories. The book became a regional classic and still sells at bike shows and through Amazon. Encouraged, he followed up with 3 more novels based on a fictional motorcycle club.

When asked about all the work he had done, Wally replied that it was a team effort, we all work together. Wally was diagnosed with cancer and passed away September 14, 2014. 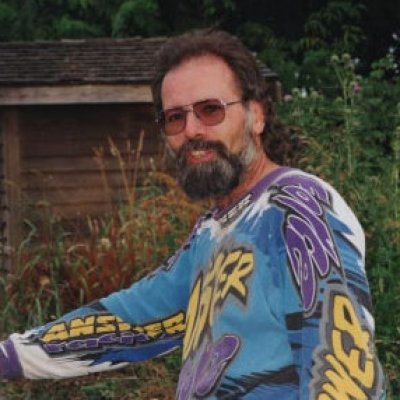 Wally Klammer passed away in 2014.