Skip to main content
Percy A. McBride was one of the founding fathers of motorcycle business in Canada

Percy A. McBride was born on July 9th, 1882 on a farm in Roxborough Township, three miles from Northfield, Ontario and died in Toronto on February 15th, 1963. He was educated in Ottawa in 1903 at the Willis Business College and graduated with a business diploma.

Percy A. opened his first store in 1909 at 343 Yonge Street in Toronto. This was a motorcycle, bicycle and sporting goods retail store. The store was a success and several new motorcycle, bicycle and accessory lines were added. He became the largest importer, distributor and retailer of many British and American motorcycles and their accessories with stores in Toronto, Montreal and Winnipeg. Percy A. travelled throughout North America and British Isles to find new product to sell in his stores. He also initiated a finance system that would allow customers to purchase product and pay interest on this purchase. The plan was to sell one, buy one, always have one. Customers that were financed included the Toronto Police Dept. who had to buy their own motorcycles at this time to use in their job. In Percy A.’s fifty-four years of doing business, he founded a dealer network that was copied by many distributors. They wanted to ensure the health of the dealer network would survive by only selling in their territory. He was the first with a financing plan for dealerships. At this time the banks were not in the personal or business loan business but Percy A. was.

Percy A. with the addition of the new motorcycle lines and their accessories, started to build a dealer network throughout Ontario, Quebec and the eastern provinces. Percy A. was responsible for setting several people up in their own dealerships. At this time, he also had agents that would sell from the catalogue he had produced, thus becoming the first catalogue shopping business. By 1929 Percy A. McBride had expanded to have stores not only in Toronto but in Montreal and Winnipeg.

Percy A. was involved in Montreal rallies, hill climbs and racing at places like the CNE and beach races at Wasaga Beach. He was an avid sponsor and supporter of all aspects of motorcycle racing and the racers.

Percy A. McBride was an icon and one of the founding fathers of the early motorcycle business in Canada. 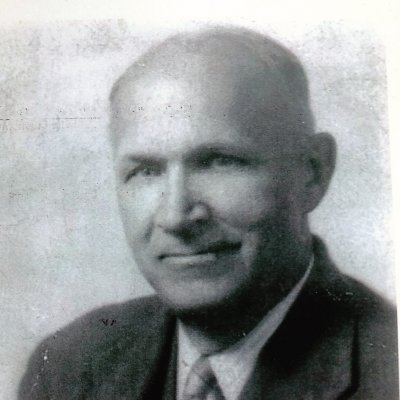 Percy A. McBride
Inducted in:
2019
Inducted as a:
Contributor
Historical Inductee