Skip to main content
At Elkhart, Wade was the first person to successfully jump the first breaker

Wade Williams started riding in 1970 on a rigid frame 50cc Honda and competed locally in a few events receiving a Total Point Winner Trophy for the season. He had a lot of opportunity to study hill climbing growing up as his father, John, spent 35 years of his life dedicated to the sport.

Wade started his Professional Hillclimb career in 1983 at Elkhart, Indiana in the 750cc class. His hillclimber was based on a CB750F series engine from the 70’s, outfitted by Nick Kemp of Keswick,  (2017 Hall of Fame inductee) to run on 100% Nitro. Nick’s mechanical genius provided Wade all the   horsepower that was needed to be competitive in the top class at the time.

At Elkhart, Wade was the first person to successfully jump the first breaker which earned him a second place finish at his first climb. This set a precedent on how the hill was to be ridden and in order to have a shot at winning, you had to jump the breaker. He completed the season with a 2nd place at Devils Staircase, Oregonia, Ohio. Wade earned 5th place overall with 76 points his first season.

Wade set the hill record at Caroga Lake, N.Y. climbing the 800 foot hill in 11 seconds flat. That time included rolling off three quarters of the way to negotiate a 30 foot rock ledge covered with moss and water, before being able to turn the throttle on again.

Other highlights included finishing second in the Canadian National which was held in Wilberforce in 1984; an event put on by his father. After passing through the timing light towards the top of the hill, Wade flew off the side of the hill in spectacular fashion and out of sight of the crowd. That ride had put him in first place. As he hit the ground, he remembers looking over his shoulder to see the spinning rear wheel full of chains coming in his direction. Fortunately, it landed just inches beside him. He heard the roar of the crowd and then everything went silent. The next thing Wade remembers Nick Kemp was by his side. He indicated that Wade should go to the top of the hill to let everyone know he was OK, as the crowd did not know if he was dead or alive. After removing his helmet and reaching the crest of the hill, he was overwhelmed by the roar of the crowd acknowledging what they had just witnessed and their support of a fellow Canadian. To this day, Wade was sure that if there was a race up the hill with no motorcycle that day, Nick would have been the winner.

One of Wade’s favorite events on the circuit was Freemansburg, Pennsylvania. Its a 600 foot hill which typically had a minimum of three breakers in it. It favored the Honda engines, much like a jockey racing a thoroughbred horse; when you give the horse the reins, you just needed to hold on for the ride. Freemansburg ran twice a year. In 1984 Greg, racing in the 500cc class and Wade racing the 750cc, won their respective classes in June and September. Wade won this event 5 times over his career.

At Logan, Ohio on July 12th, 1992, towards the end of Wade’s career, all three Williams’s were competing in the 800cc class. The Williams Team was holding the top three positions. First (Greg), second (Wade) and third (John) until Tom Reiser nudged out John to take over third place on his last ride. This was the closest the Williams Team came to capturing, 1st, 2nd and 3rd place at a single event, in one class.

Wade reflected that It was a privilege to be part of the Williams Hillclimbing Team and to race with his father John for 10 of his 35 year career and brother Greg.

Although Wade raced sporadically between 1993 and 1997, he left racing to spend more time with his young family and took pride as a coaching assistant with his son’s house league baseball teams. 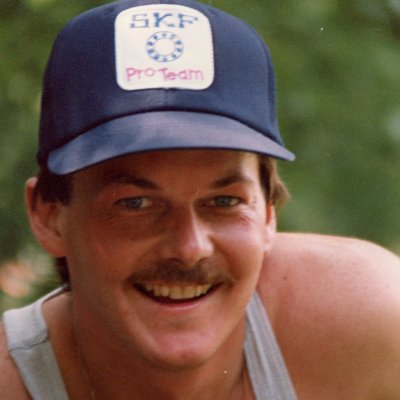 Wade Williams
Inducted in:
2019
Inducted as a:
Competitor » Hill Climb