Raymond Gref of Montreal, Quebec in particular the name Raymond Gref is as synonymous with motorcycles and motorcycling in the Province of Quebec and indeed across Canada and the USA as Harley is with Davidson. There is automatic connection, as for more than 50 years Raymond Gref has been, as indeed he is today a central and leading figure in motorcycling in Quebec.

Raymond inherited an interest in motorcycles from his dad Charlie, who was a musician, a drummer. Charlie used to play for various orchestras in Montreal and he transported his drums in good weather and bad, rain or shine by motorcycle and sidecar. That early exposure to motorcycles was to have a life long impact on Ray Gref, and fortunately, as it turned out later, the entire motorcycling community of Quebec.

Raymond was one of the founding members and first president of the Club Moto Sanuenay / Saguenay Motorcycle Club or CMS, which was established in 1955. Ray served as President from 1955 through to 1959. CMS celebrated its’ 50th anniversary in 2005 making it one of if not the oldest Motorcycle Clubs and certainly most successful motorcycle clubs in Quebec. Under Raymond’s enthusiastic leadership the CMS grew and prospered over the years.

In 1968 there was a FIM / CMA sanctioned land speed record attempt made at the Canadian Forces Base in Bagottville, Quebec. Riding a Raymond Burke Triumph 650 Bonneville, Roger Beaumont set a land speed record for that class and the time of 167 miles per hour! This was all record attempt was organized and made possible by Raymond Gref and his influential status in Quebec.

In the mid to late 1970’s in the Chicoutimi Region of Northern Quebec there was a World Championship Trial held. This event drew the world’s best trials riders from all over Europe and North America (as a point of interest Ray’s son Charles rode that event at age 16, and was credited with the best performance by a Canadian). The man who organized and staged this world class event was Raymond Gref.

One of the most popular Scrambles Series ever held in Canada was the New England Sates Versus Eastern Canada Challenge Series of the late 60’s. This event drew the very best riders from both countries and was the pre-eminent racing series of the era. Riders like Joe Bolger, Yvon Duhamel, Dave Sehl, Bill Sharpless Jack Hunt and others were the stars of the series.

In another Ray Gref organized Championship motocross event in Chicoutimi, Ron Keys won both the 125 and 500 class races. There perhaps wasn’t anything unusual about that, Ron Keys was doing a lot of winning then. But it wasn’t supposed to happen, not that day! World Champion motocross rider Jeff Smith was there in force with the latest Can Am machines and favoured to win. However they hadn’t factored in the resourcefulness of Raymond Gref who at that time was a local Yamaha Dealer. Raymond with the co-operation of Fred Deeley Ltd flew in two Yamaha YZ125’s for Ron Keys and John Bance to race on against Jeff Smith and the Bombardier team. Ron was supposed to ride in the 250 and 500 class, but dropped out of the 250 class to ride the factory special YZ125. They assembled them late Friday night, had a brief practice on Saturday, and again on Sunday. Ron won the 125 race (as well as the 500/Open class), Jeff Smith placed second and John Bance third! It is rumoured that this defeat changed the course of direction for the Bombardier made Can Am machines!

Originally a rider himself, Ray Gref dedicated most of his life to the advancement of the sport of motorcycling; and the motorcycling community, particularly the Province of Quebec. He has played all the roles, mechanic, racer, sponsor, promoter, and highly successful dealer, and played them well. 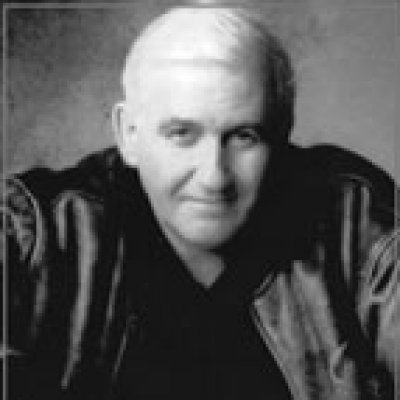 Raymond Gref
Inducted in:
2006
Inducted as a:
Competitor & Contributor