Growing up in a keen Ontario motorcycling family, Vada Seeds has been deeply involved in our sport from her earliest years. Her depth of first-hand experience, historical knowledge and extensive record of accomplishment make her uniquely qualified for induction. The phrase “Making a significant contribution to the preservation of our Canadian motorcycling heritage” barely does justice to Vada’s achievements over many years.

Few Canadian kids can boast that their dad was a national hillclimb champion, a dirt track racer and a daredevil stunt rider ready to charge his bike through a wooden wall engulfed in flames. In the 1930s and ‘40s Del Brighton was all that as well as an active member of the Maple Leaf Riders and Blue Diamond Riders, clubs whose members all worked to produce the events in which they participated. Del’s high points total from three Ontario hillclimbs earned him the Canadian championship in 1940. The same year he won the trials trophy donated by the legendary motorcycle dealer, Harry Firth.

In such a family it’s little wonder that young Vada absorbed a wealth of motorcycling history and lore. Her late husband Harry was a Blue Diamond club member and together, in addition to raising five children, they were also immersed in producing a range of club events. During 61 years of marriage the two were inseparable until Harry’s passing June 4, 2019. Their legacy includes 14 grandchildren and five great-grandchildren.

Their busy life together found a new focus when Harry acquired the remains of a tired 500 cc BSA Gold Star in 1978. The couple joined the Canadian Vintage Motorcycle Group and Vada led the hunt for parts to restore it to show condition. Their ensuing research and travels to shows, swap meets and rallies brought them into contact with countless people across North America sharing their passion for classic motorcycle lore, a network which only expanded as time went on.

They formed the Kitchener section of CVMG in 1980 and the following year launched the long-running annual rally in Dorchester, Ont. Vada served on the rally organizing committee every year. When CVMG formed the Canadian Vintage Motorcycle Museum in Brantford, Ont., Vada served as a director and was responsible for many exhibits at the club’s annual rally in Paris, Ont., in an effort to raise funds and promote the museum.

She also served on the organizing committee for the Paris rally itself and for two years was chair of the event. She was responsible for bringing three-time Daytona 200 winner Dick Klamfoth to Paris as guest speaker, and followed up with American hillclimb legend Earl Bowlby and five times world hillclimb champion John Williams from Markham, Ont. They all injected a note of glamour and entertainment to Canada’s premier vintage motorcycle event.

One of Vada’s greatest sources of pride was her lead in placing the historic plaque at the Daytona Memorial honouring all the Canadians who had ever raced in the early 200-mile races held on the public road and sands of Daytona Beach. Her research involved a great deal of work to track down all the riders in those long-ago races.

Vada’s other commitments to motorcycling have been relentless, such as setting up historic displays at the Norm Carr and George Pepper memorial dirt track races in Belleville, Ont., and a rally at Wasaga Beach to commemorate the races organized on the sand by the British Empire Motorcycle Club in the 1930 and ‘40s. She ensured that two-time Daytona winner Billy Mathews of Hamilton, Ont., was properly remembered in events at Daytona, the Canadian Motorcycle Hall of Fame and other shows in the Toronto area.

Her written contributions have been prodigious, including a continuous term of 10 years as editor of the CVMG monthly newsletter in which she emphasized historic events and people rather than just the machines themselves. For her contributions Vada has been honoured with a lifetime membership in CVMG and received two MAXX awards at the Toronto show. She also produced a quarterly newsletter for the Ontario-based BSA Owners Club for several years, and has contributed articles to Inside Motorcycles and the North American International Motorcycle Supershow program. The show named her volunteer of the year in 2017.

Vada has been a volunteer with the Canadian Motorcycle Hall of Fame since 2007 and served on the board of directors from 2010 to 2016, when she became the Manager, Administration. It’s a natural home for Vada, who has amassed a huge archive of historical literature and is a tireless worker and organizer of Hall of Fame activities. 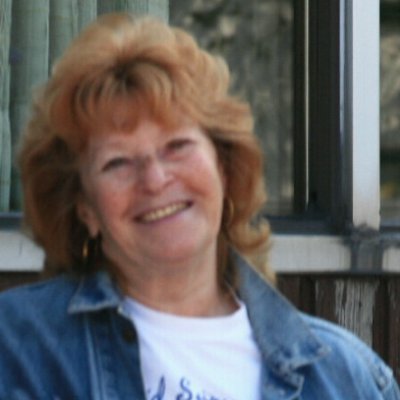 Vada Seeds
Inducted in:
2019
Inducted as a:
Contributor