Aversion to risk was never in the genes of Peter Grant, and it’s not surprising that two-wheel motorsport eventually lured him on the rocky road to success. It all started at around age 6, after Peter’s family had moved out from Toronto and ended up in the suburb of Woodbridge, Ont. A local kid had a go-kart and the two friends would tear around on it during the rare occasions when it could be made to run.

Things stepped up a notch some years later when Peter’s father bought him a Lil Indian, the archetypal ’60s minibike with lawn-mower engine, high handlebars and little else apart from a thinly padded seat. Comfort matters little to a 12-year-old and Peter bounced the Lil Indian around the fields of vacant farm land at the end of his street. He says, “It was ride, crash, fix and repeat.”

Soon afterward, Peter and the hard-used minibike were shipped off to Everdale Place, a farm an hour outside of Toronto that was the site of Canada’s first experimental free school. Rules and structure were in short supply and Peter took full advantage of riding opportunities on the 20-hectare property. Then along came a Honda S90 and Peter developed the tuck-and-roll crash technique that served him so well in later years. Successively larger Hondas followed, and Peter’s road riding experience started somewhat illegally at the age of 14.

Turning 16 on Victoria Day of 1970, Peter had to wait until the next day when the motor vehicle licensing office opened to complete the written part of his test. That summer he and friends rode their bikes to the West Coast and back, racking up 15,000 miles on Peter’s CB350 and learning many lessons en route. He honed his mechanical skills through such techniques as dropping a screw from the points plate down the empty spark plug hole, necessitating a tear-down of the Honda’s top end in a campsite near Nanaimo.

Later that year Peter attended his first race, a motocross at Streetsville, Ont., as a spectator and got the urge to compete. First, he needed a motorcycle and since all he had was the CB350 his first event was a combined junior/expert production road race at Mosport. Being lapped by Yvon Duhamel on a Kawasaki triple on the third lap was a sobering experience. Peter looked to the dirt and persuaded his mother, who had already been nagged into signing a guardian’s waiver for his CMA competition licence, into co-signing a loan for a shiny new 125 CZ motocrosser. Overweight and underpowered, the CZ taught Peter “how to be the underdog, the little guy that had to try harder, learn faster and work for everything.”

A change of rear tire made the long-suffering CZ into a dirt tracker and Peter entered a TT at Welland, winning a grand total of 75 cents for finishing third in his class. The next spring it became an ice-racer for an early-season event on the stock car oval at Pinecrest Speedway in Concord, Ont.

In the summer of ’73 Peter found himself working as a mechanic at competition central, Sonic Motorcycles in Scarborough, Ont., where the owners Bill Sharpless and John DeGruchy were avid supporters of racing. Fellow mechanic Ben Heisl loaned him a Bultaco 250 Pursang on which Peter scored fourth place at the season final half-mile at New Hamburg. Heisl was not only an expert tuner, but he also acted as coach, mentor and psychologist; Peter says, “Ben was the king of tuners in my mind.”

Peter paid his dues on the short track at Welland where he earned the nickname Rubber Ball Boy for his ability to roll down the track and leap back to his feet. His short stature, long ponytail and winning ways made him a crowd favourite. Track announcer Wes Pierce regularly used the phrase, “And it’s little Peter out in front again. Everyone likes to see a little peter out in front…” It was classic Wes Pierce and it always brought laughter from the grandstand crowds.

By 1974 he’d earned two provincial junior championships and placed second in the national series behind Mike Fair. In 1975 he gained the 750 senior class national and provincial championships riding in Ontario on a Big Bike Racing Products Norton sponsored by Doug May and in two western rounds on a Triumph belonging to Frank Wood.

Peter’s father Jack stepped up again, buying an ex-Dave Sehl Harley XR750 with money liberated from Peter’s college fund. Peter gained expert status in both Canada and the U.S., with 250 class championships in Canada and multiple top-10 finishes in AMA regional competition. The No. 1 plate for the 750 expert class was Peter’s reward in 1979 and again in 1980, but by ’81 success was starting to elude him. Peter rode his last CMA national in 1982 when a poorly organized race on a dangerous track in B.C. made the event a shambles and cost a junior rider his life.

Nowadays he is in the business of golf and enjoys playing the occasional round. 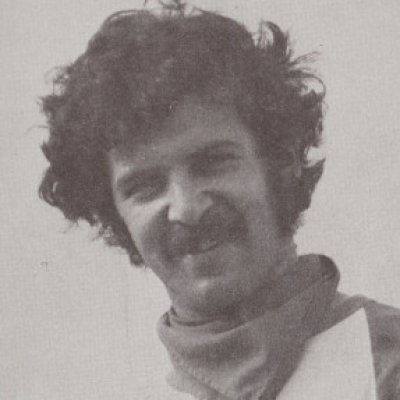 Peter Grant
Inducted in:
2013
Inducted as a:
Competitor » Dirt Track