Len has been involved in motorcycle racing since the day he was born. His father was a road racer and tried to discourage him from competition but some people are just born for it.

He started out racing on a Suzuki Hustler at local tracks around Windsor as well as Harewood Acres but then left to compete in the USA. Len competed as a privateer from 1971 to 1976 including six years at Daytona. His top finish at the Daytona 200 was 15th, rather remarkable considering he was up against all the world factory teams and riders of the time.

Len retired from racing but soon joined the Vintage Road Racing Association (VRRA) and continued racing as an amateur. He competed on 125, 250, and 350cc GP Yamaha two stroke machinery with consistent wins. He retired in 2010 after a life threatening crash in turn two at Mosport.

During his time with the VRRA, Len has promoted Canadian road racing in so many ways. He has always been an active volunteer with the club. He has served on the tech committee providing insight and information for refining the VRRA rulebook.  He (and his wife Nancy) get up early every day at the track and are on the job at registration helping racers get their paperwork completed correctly. He has spent hours in the pits checking bikes for safe condition before they go on track.

However, there is another area of promotion where Len’s efforts are nothing short of amazing. Since his retirement, Len has selflessly sponsored other riders on his own motorcycles at entirely his own cost. He has an amazing collection of Yamaha and Honda GP motorcycles and a few vintage sidecars. On any given race weekend, Len will have three or four different riders on his machinery. He does all the preparation and tuning and the racers basically just show up and ride. This kind of generous behavior is unprecedented and really exceptional. To date, he has sponsored 25 riders including an entire season for Stacey Nesbitt in her professional career. He has been directly responsible for creating 5 new vintage sidecar teams by initially sponsoring the teams and then eventually selling the rig to the team, usually at cost or below. Most of his riders have gone on to success and continue in amateur racing today. Although Len is well into his 70’s, he spends a lot of time on his back or knees wrenching on his bikes.

Len Fitch was the difference maker throughout a year of planning for the 50th anniversary of the 1967 Canadian Grand Prix held at the VRRA Vintage Festival in 2017. Along with Don Gosen and Domenic Aubrey, they worked tirelessly to obtain sponsors and put together the biggest event in VRRA history. Because of Len’s lifelong racing career, he was able to engage participants from the 1967 GP. He put in place a truly special group of motorcycle racing royalty who became an integral part of the celebration. Riders from the 1967 event included Canadian Champions Michelle Duff, Yvon Duhamel, Steve Baker plus World Champion Phil Read, Rod Gould and many others. The weekend also featured many displays and historic bikes as well as an evening banquet with Sir Alan Cathcart as the Master of Ceremonies.

It was a once in a lifetime event that can never be duplicated and many of the riders there, we may never see again. Len was awarded the “Most Meritorious” award from the VRRA 2017 and “Motorcyclist of the Year – Event Organizer” at the 2018 Spring Motorcyclist Show. 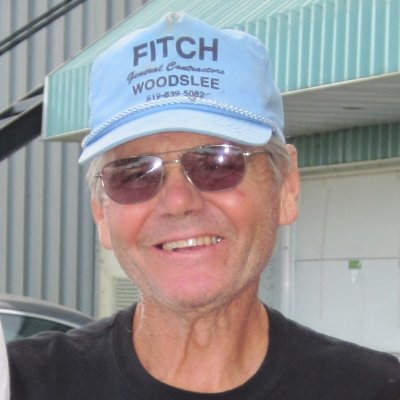 Len Fitch
Inducted in:
2019
Inducted as a:
Contributor