The OCMC (Oshawa Competition Motorcycle Club) was officially founded in Oshawa in 1964. Originally named the Oshawa Scramblers, the club consisted of a group of enthusiasts competing amongst themselves in all forms of riding from high speed flat track, scrambles, road racing and enduro. For many years OCMC held club only events and all racing was through the CMA. Eventually a system was developed whereas an overall club champion was claimed each year based on five different disciplines of biking. Though regarded by some, as the ‘championship of the whole world,’ this really is a wonderful example of grass roots racing. Class champions each year are promoted to higher and higher levels of competition. The name of Oshawa soon became a misnomer as members now span the entire breadth of southern Ontario and north to the edge of the Canadian Shield.

OCMC have, since inception, provided a very comprehensive calendar of competition activity for the amateur rider. These events have traditionally been a stepping-stone for riders to proceed forward to provincial, then national and international competition. Included in the OCMC ‘club events’, is a Club Enduro held yearly since 1972 which is quite unique in that winners of the event must chair the following years enduro.

For over fifty years OCMC has been the bright light which has attracted the moths and motorcycle competitors to the world of motorcycle racing. OCMC members have achieved countless awards and accolades ranging from local to the international level. Currently seven HOF alumni are, or were, OCMC members. These include; Ron Keys, Jack Hunt, Blair Sharpless, Toni Sharpless, Kathleen Coburn, Ted Wilkins and Warren Thaxter.

OCMC members have sat on boards of CMA, both regional and national; Motorcyclists Confederation of Canada; Canadian Motorcycle Hall of Fame, Offroad Ontario; Ontario Federation of Trail Riders and many more.

OCMC members numbering about thirty have qualified for the International Six Day Enduro (ISDE) over the years and have garnered many gold, silver and bronze medals.

To a lesser degree OCMC members have amassed countless national and provincial championships in most all disciplines of motorcycle competition. The CMA White Trophy is awarded each year to the best performance by a Canadian rider. OCMC riders have won this award six times.

In 1977 OCMC started an event dubbed The Great Pine Enduro which has run for forty years. Then in 1981, another unique event, the Mini Pine Junior-Only Enduro was established and has also ran continually for thirty-seven years.

Since inception OCMC riders have been a major presence at the Corduroy Enduro with OCMC members claiming the overall win twelve separate times.

Over the years OCMC members have founded dealerships and related businesses, many members are employed in the industry at the highest levels. The members, like all motorcyclists, come from all walks of life including journalists, film makers and rider trainers. 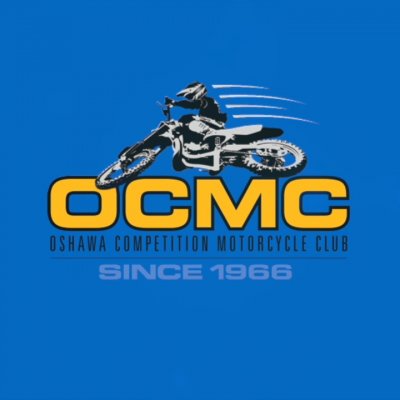